Not exactly sure why, but unlike many of my more disciplined colleagues, I’ve never been one to post a written version of a sermon. Probably has mostly to do with not preaching from a manuscript. Posting a few notes with a few more-fully written paragraphs and a few other thoughts that end up not being said…well, just doesn’t sound very appealing.

But it also has to do with seeing the sermon as more of a singular, oral event that occurs in a particular context for a particular audience and not as a paper to be submitted. It just seems like something is missing when reading a sermon – it’s meant to be heard!

(Please don’t misunderstand this as criticism of any of who do write out and post a sermon. I’ve read some that were really good.)

Now, as you’ve likely guessed, I’m about to do the very thing I just said I don’t like to do. Sort of. Think of this as the SportsCenter highlights version of my “That’s Some Salty Language!” sermon. I shared some thoughts on this recently. What follows now are my reflections after the fact.

My synopsis: Jesus calls his followers to be salt and light in the world – to live righteous lives. Isaiah helps us define that righteousness as rescuing the oppressed.

While I didn’t say this exactly, these commentaries on those texts guided my message:

Isaiah 58 mocks worship preoccupied with ritual and blind to human oppression and need. It subverts a religion, no matter how passionate and busy, that ignores social arrangements that leave people dehumanized and enslaved. Authentic worship occurs when liturgy is joined to a hands-on involvement with the hungry and homeless.

Salt and light are functional metaphors. By their very nature they do something, and do it openly. They have an impact on the surrounding environment. Disciples of Jesus cannot retreat into private spirituality. Our call is to the marketplace, the public arena, where discipleship becomes witness and the same commitments Isaiah made are to be practiced.

What are those functions? Salt preserves and protects. Salt brings out the best in food. And, as all of us here in the Chicago area rediscovered this week, salt melts away that which paralysis us, that which causes us to stumble, that which oppresses us. Light eradicates darkness and helps us to see things as they really are, helps us see the truth.

What if we saw church as training ground for teaching people to be salt shakers and flashlights – what if the purpose of church is to transform the world?

That’s what the UMC says it’s for! “Our mission is to make disciples of Jesus Christ for the transformation of the world”

Isaiah and Jesus tell us today what we are to be transformed into.

What if what we do here at WUMC is train people how to be salt and light, encourage each other in those efforts, recruit new agents of change, celebrate successes, commiserate failures, seeing worship as filling us up with the Holy Spirit in order to leave our building ready, bursting even!, to change the world…to be salt and light.

That’s what Isaiah & Jesus are talking about.

So who among us beams with light? Who is providing salty flavor? Who is fasting rightly, bringing deliverance, hope and life to those around them? Who is preserving/protecting? Who is melting away that which oppresses? Who is eradicating darkness?

-Final Bloody Sunday march in Northern Ireland? British government finally admitted its troops were to blame for the massacre, not the demonstrators. Further, British government admitted the troops had no reason to believe they were under threat from the victims, gave no warnings before firing and lied to the official inquiry. This reversed decades of official government explanations. 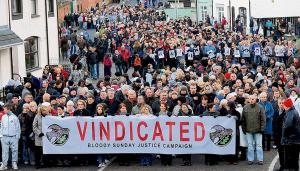 -Family of our congregation who takes in young people with no where else to go, young people often rejected by their own parents.

Egyptian protester kissing riot police This is the greatest example of Jesus’ teachings on the Sermon on the Mount I’ve ever seen! Brilliant, non-violent, disarming but still affirms and loves the other, the enemy.

-Rosa Parks: She would have been 98 years old Friday. We don’t hear that Parks worked with the Youth Council of Montgomery’s NAACP in a “mighty but unsuccessful” effort to integrate Montgomery’s library when she became angry that black children didn’t have access to books.

“As long as people use tactics to oppress or restrict other people from being free, there is work to be done.” 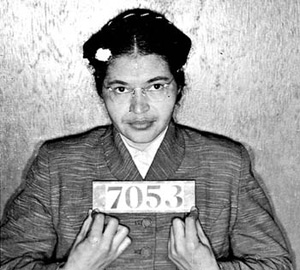 -Christians encircling Muslims at prayer in Egypt this week 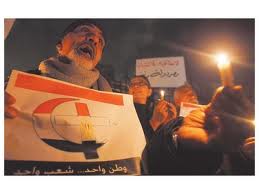 -fighting trafficking – slavery – at the Super Bowl. National Hotline gets more calls from Texas than any other state. 1 out of 3 children who become homeless are sold into sex slavery w/in 48 hours of hitting the street. Super Bowl called “single largest human trafficking incident in USA, especially under-age slaves” Consider that when you see how many commercials this evening denigrate women. A South Florida task force estimated that tens of thousands were trafficked through there for a recent Super Bowl.

About 50 girls were rescued during the past 2 Super Bowls

Airlines holding training to learn what to watch for.

Texas Attorney General working on it. NFL and Host Committee are ignoring it.

The group behind Traffick911, the founder of “I’m Not Buying it” campaign? A nondenominational church plant in Fort Worth. They wanted to raise awareness and show Christian compassion.

-Friday and yesterday, one of our college students, Catie, participated for the third time in the U of Iowa’s annual Dance Marathon. She helped raise over $1.2 Million for U of Iowa Children’s Hospital Pediatric Oncology Unit 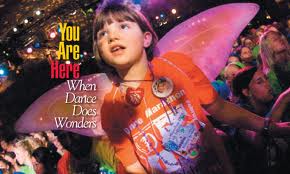 -Another of our college students, Nikki, working with Invisible Children campus group to help child soldiers in Africa

-19 year old Zach Wahls speaking before Iowa Senate, shining light on a resolution that would return Iowa to the days of discrimination and oppression

People full of light, speaking a very salty language. May God’s Holy Spirit keep moving each of to be citizens in God’s kingdom, to be light bearers, to speak with THAT kind of a salty tongue. Amen? May it be so!

One thought on ““That’s some salty language!” – final version of Feb.6 sermon”